The holy shrine of Hazrat Zeinab (AS), siter to Imam Hussein (AS), has been decorated with flowers as Shia Muslims across the globe mark the birth anniversary of the lady.
Share It :
Located in the Syrian capital Damascus, the holy shrine of Hazrat Zeinab (AS) was prepared to commemorate the birth anniversary of daughter of Imam Ali (AS) and granddaughter of Prophet Mohammad (PBUH), reported Taqrib News Agency (TNA). 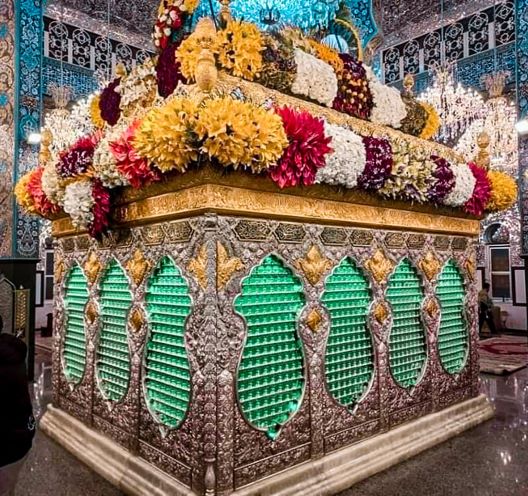 Made in Iraqi holy city of Karbala, the new Zarih (gilded lattice structure) for Hazrat Zeinab (AS) has been transported to Damascus and installed at the shrine concurrent with the birth anniversary of the prophet of Islam.

Hazrat Zeinab (AS)is a survivor and messenger of the Battle of Karbala back in 680 A.D. when her beloved brother sister of Imam Hussein (AS) and her half-brother Hazrat Abbas (AS) were martyred during the fight against tyrant ruler of the time Yazid ibn Muawiyah. 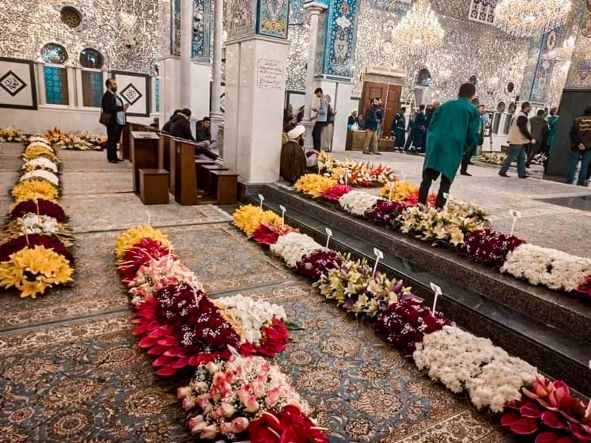 The lady is known for her eloquent and critical speech in front of the then ruler and also her nursing the survivors of the Battle of the Karbala.