Al-Hussein or Sayyidna al-Hussein Mosque in Cairo is another one of Fatimid mosques built in 1154 A.H.
Share It :
In the vicinity of prominent Islamic academy in Egypt is located the Al-Hussein Mosque whose minarets are from 14th century and the rest was reconstructed following Ottoman King’s visit back in 1874.

The Ottoman king had ordered the marble pillars to be transferred to Egypt from Istanbul for installment in the construction.

The reconstruction was set to be completed after installment of a wooden pulpit.

The mosque was named Al-Hussein after the third Shia Imam and based on stories, Imam Hussein’s head was buried in the green and silver tomb following his martyrdom by Umayyad fighters in 680 AD.

There are also other stories that the head of the third Shia Imam was buried in the Umayyad Mosque located in present Damascus.

A third narration is that Imam Hussein’s (AS) head was returned to Karbala and buried together with the body of the third Shia Imam. 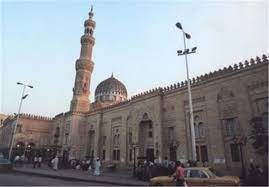 Al Hussein Mosque is one of the most sacred Islamic sites in Egypt. It is also home to one of the oldest and most popular versions of Qur’an.

The mosque is located in one of the most famous streets in Cairo and its attractions absorbs foreign tourists and Muslim pilgrims. 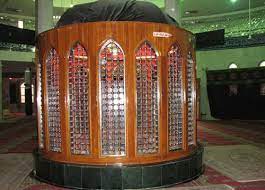 Sightseeing in Cairo would be incomplete without the minarets and domes, one of them Al-Hussein Mosque.
http://www.taghribnews.com/vdcez78nzjh8pwi.1kbj.html
Share It :
Al-Hussein Mosque Cairo
Related News

Imam Hussein’s courageous fight with injustice, inspiration for people of all faiths