Mohsen Meschi met with Hujjat-ul-Islam Boroumand Razyani, director of the Organization of Islamic Promotion in Kurdistan Province as the cleric announced preparations for cooperation with the upcoming Islamic Unity Conference.

He held a separate meeting with senior Sunni scholar, Mamusta Haj Sheikh Loghman Hafez Naziri, member of the Ifta council in Sanandaj and a war veteran who fought with former Baath regime of Saddam Hussein. 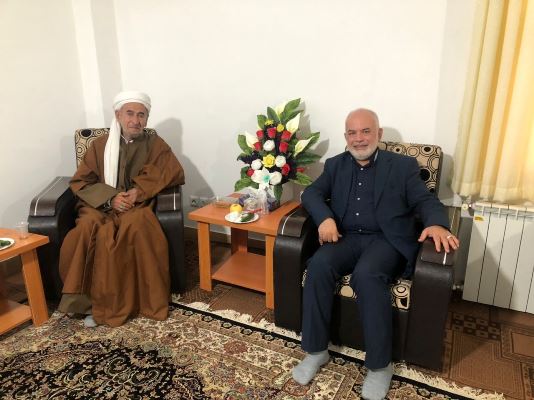 Deputy of Iran affairs at World Forum for Proximity of Islamic Schools of Thought also met with Hujjat-ul-Islam Mohammad Karvand, director of endowments and charity affairs (awqaf) and also doctor Uthman Yousefi, director of the University of Islamic Denominations in Kurdistan Province.

He related on programs to launch international programs at the academy and also investment on the university in a bid to attract students from other countries.

The delegation from headquarter of the World Forum for Proximity of Islamic Schools of Thought visited Kurdistan province in a bid to assess the capacities and weigh the conditions for Islamic Unity Conference to be held in Kurdistan Province.

Imam Hussein’s courageous fight with injustice, inspiration for people of all faiths

How Imam Khomeini changed the course of history forever